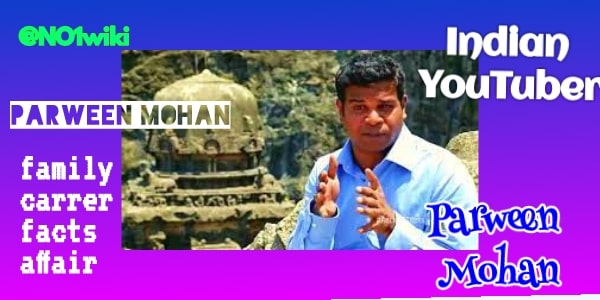 Parween Mohan is an Indian YouTuber who is mainly famous for uploading YouTube videos on groundbreaking analysis on historical parts, archeology and extraterrestrial principle.

He was born on 14 july(Year not known) in India but currently his hometown is Pittsburgh, Pennsylvania. His nationality is American.  We don’t have any information about his family and siblings.

The Career of Parween Mohan

In the first half of 2014, he began posting videos about ancient megalithic structures of India. His YouTube videos about Ellora caves and ancient machining technology have been aired on TV shows and documentaries.

He had also written a book named as Coral Castle:Everything You Know Is Wrong’, which is still the best rated book on the subject. He is a well educated person who uploads practically possible videos and so his videos are popular as well as Trustable.

In october 2016, Praveen revealed that he was doing a long term expedition in India exploring ancient structures, and showed a glimpse of remote caves which have not been visited in the last few centuries. Praveen currently has over 100,000 subscribers and nearly 30 million views on YouTube.

Some interesting facts about Parween Mohan