NO.1 WIKI World’s NO. 1 Wiki Platform Now, nothing will be secret.
Home ENTREPRENEUR Nitin Jani (YouTuber) – Full & Best Bio of Comedy King of... 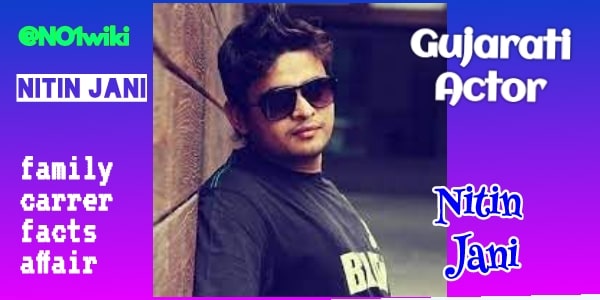 If you want to know more about him then you are at the right place. Stick to this article until the end and read everything about his life history. Here you will get to know about his career, family, friends, and so on.

He was born on 24th may 1986 in Bardoli Gujarat India. Nitin has completed his schooling and graduation from Bardoli. Then he went to Pune for his master studies. He completed MBA, MCA and he is still pursuing his LLB last year.

After completing his studies he got a job offer from a multinational company and the post was as a developer. He was completely settled in his life but he was not happy with his career. He always wanted to do something in the film industry and got a chance and  decided to quit the 70K salary job and started his struggle in the film industry in 2012.

The Career of Nitin Jani

After having a set career destroyed and starting from 0 is really heart to think but Nitin proved it true. After having a perfect career he left his job and restarted struggling to make a career in the film industry. Which is not even possible in thinking but you did it in reality he is the the great actor of Gujarati film industry.

During his school life he started an organisation whose name was “Live for others” on 24th may, 2014. Nitin is a dog lover and he used to feed more than 200 dogs with biscuits and milk. He has saved many injured dogs. Being a founder of Live for others he has seriously proved the name of his organization by working for common people’s happiness and completing their basic needs.

Some interesting facts about Nitin Jani