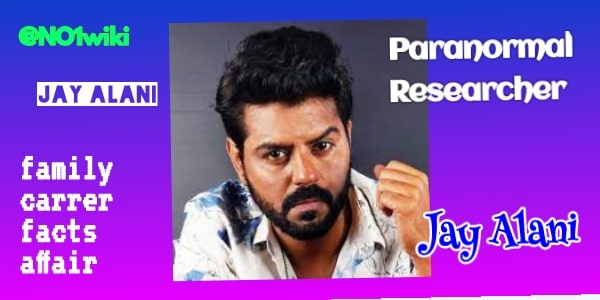 If you are interested in knowing more about him, then you are at the right place. If you want to get complete details about him, stick to this article and get to know more and more about his life.

He was born on 21 September 1989 in Patna, Bihar, India. He belongs to a simple middle-class Sindhi family. He completed his education from boarding school in Darjeeling and pursued a mass communication degree, and he came to Delhi.

He had seen challenging problems in his life. He had seen so many faces of life, which are happy to happiest and sad to saddest.

The Career of Jay Alani

He founded The Paranormal Company in July 2019. This company works to create awareness in societies to stop blind faith, superstitions, and prevalent myths. The starting of this idea to make such a company took its roots from Rajasthan. Once Upon A Time, Jag visited Rajasthan and saw some blind faith and harming a woman in believing that affected him a lot, and at last he witnessed to them that it’s wrong. At that particular moment, he decided that he had to learn a complete theory about these paranormal activities.

He’s been active in paranormal research ever since and has investigated 60 haunted locations and 130+ paranormal cases. He’s also conducted more than 50 supernatural events in different Indian cities.

Some interesting facts about Jay Alani

● Jay is also an author and a blogger.
● He loves spending time with books.
● He loves traveling.
● He is an entrepreneur.