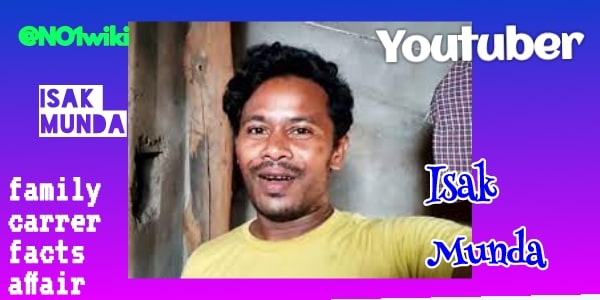 He is a popular YouTuber from the Sambalpur district of Odisha. He generally uploads videos related to food items and Lifestyle blogs. His channel name is Isak Munda eating.

In an interview, Isak revealed that he did not know anything about YouTube, but once he had watched videos of Manoj Dey, he got an idea of how to create a channel, work on it, and let your videos become popular.

The Career of Isak Munda

In one of his videos, he said that he does not have a smartphone, so he asked for a smartphone from his neighbors and uploaded videos. If you watch his videos, you will see in the comment section how many blessings he is having, how many praiseful words he is having, and so many people have discussed helping him because he is very poor.

In an interview, he discussed his early life. He said before being a Youtuber, he used to work in the city as a laborer, but during the lockdown, he lost his job, and at that time, he got an idea to become a Youtuber. He discussed this thought with his neighbor, and his neighbor supported his idea and said OK, I would give you my phone, and you can record videos.

After some time, his videos became popular, and he bought his phone and new house, and now his net worth is 50000 per month.

Some interesting facts about Isak Munda