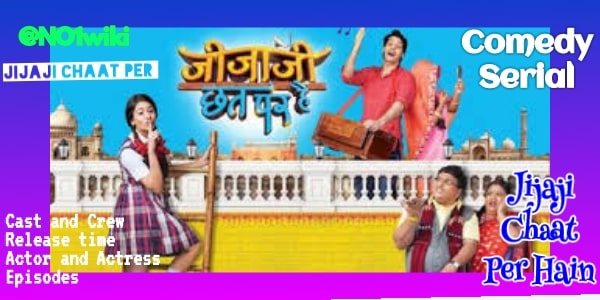 Jijaji Chhat Per Hain is a comedy serial that is very famous for the cast and story. This is one of the sitcom television show which was aired from 9th Jan 2018 to 21st Feb 2020 on Sony SAB.

This show was stared Hiba Nawab, Nikhil Khurana, and Anup Upadhyay, if want to know more about this serial then stick with this article.

This is a comedy series on Sony SAB in which Murari is the owner of house and Lehenga shop and want to control his daughter, Elaichi, a street smart and free spirit girl and then two-person Pancham, an aspiring music director and his friend Pintu, visit their house as a fake husband wife in search of work and home and they get work as a salesman in Murari’s Lehenga shop, and fell in love with Elaichi who call him Jijaji.

The main Characters are –

as Elaichi Bansal aka Ellu.

as Sunita Bawa aka Sunnu

as Pushpa, a woman constable

as the Commissioner of Delhi Police.

as Lotey, a local barber