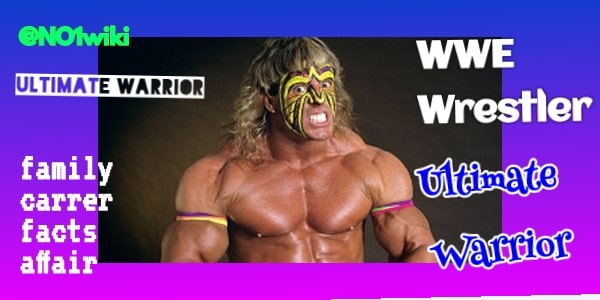 If you also want to know more about this all time favourite wrestler then you are in the right place just stick with this article until the end.

He was a fantastic wrestler of his time. He was born on June 16, 1959. He mostly wrestled in the ring of the World Wrestling Federation (WWF).

Currently, this program is known as WWE. He was known in World Class Championship Wrestling (WCCW) as Dingo Warrior.

The Career of Ultimate Warrior

He made his television debut as The Ultimate Warrior on the October 25 episode of Wrestling Challenge, where he defeated another jobber, Terry Gibbs.

Before WWF, he was known in World Class Championship Wrestling (WCCW) as Dingo Warrior. He retired from professional wrestling in 1998.

Some unknown facts about the Ultimate Warrior