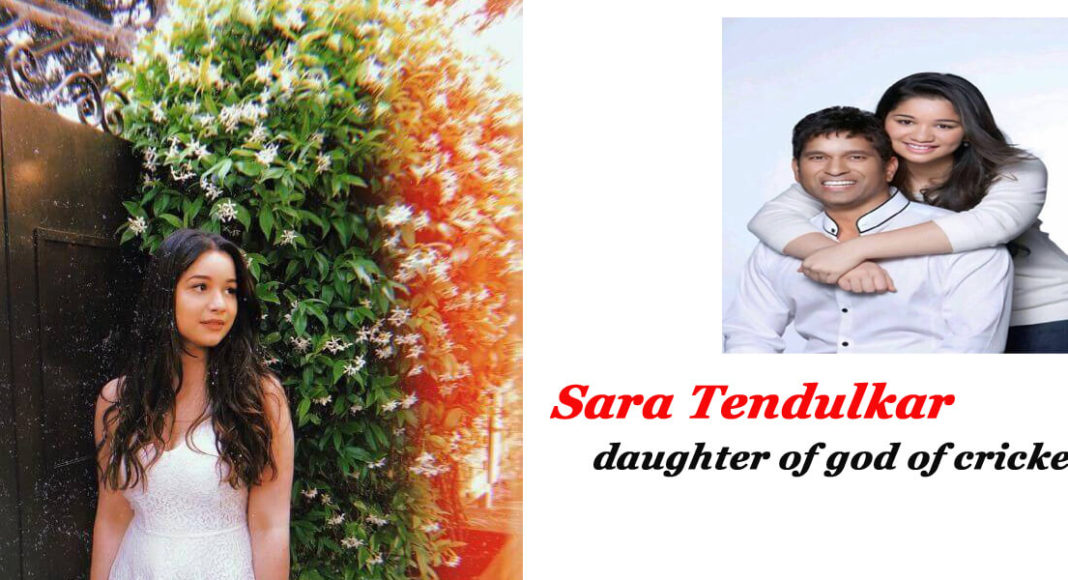 Many people accompanying her at various cricket events and some bollywood events.

Due to her appearance in bollywood events, rumours are spread like Sara is going to be an actress in coming future.

But, in one interview Sachin denied all such rumours and clarify that she has no such plan of becoming an actress in the near future.

If you want to know more about Sara Tendulkar like – Sara’s Personal Life, career, some facts & Latest news regarding Sara Tendulkar then stick to this wonderful article till the end.

Sara Tendulakar is well known for being a daughter of Legendary Indian Cricketer, Sachin Tendulkar.

But, she has her own identity which she get from University College of London.

Sara completed her graduation in medicine and following the steps of her mother to be a paediatrican.

On 8th Jan 2018, a man from Bengal named Debkumar Maity always call her frequently and force her even threatened to kidnap her if he was not allowed to marry her.

This 32 years old man, named Debkumar Maity, claimed that he was in love with Sara Tendulkar and he wants to marry her.

He allegedly calling on the landline for 25 times at Sachin Tendulkar’s house and office in Mumbai.

But, Police arrest a man at Mahishadal in East Midnapore district for harassing and threatening to kidnap to Sara Tendulkar.

Some Facts About Sara Tendulkar

This is the interview clip in which Sara tell that how she confused after seeing the hype of his father, but how his mind change after seeing the biopic movie of Sachin i.e.; “Sachin A Billion Dreams“

Sara graduates in medicine from the University College of London but she is in Graduation period now. Her mother is a doctor.

She is unmarried now.

After completing her schooling from Dhirubhai Ambani International School, Sara is currently completing her graduation from one of the reputed college i.e.; London University.

Sachin married Anjali who is elder than him. The age gap between both couples is 6 years. Where Sachin is 44 years old and his wife Anjali is 49 years old.