NO.1 WIKI World’s NO. 1 Wiki Platform Now, nothing will be secret.
Home POLITICS Sambit Patra – Full Bio & His Controversies 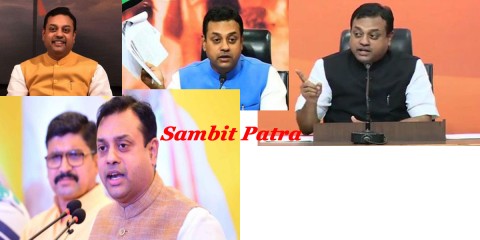 There is a name which you start hearing after 2014 Lok Sabha elections.

He is Sambit Patra who manage the campaigned for the BJP and start gaining some visibility on national television.

If you are interested to know the bio of Sambit Patra and how he became the National Spokesperson of Bharatiya Janata Party (BJP), then read this article until the end.

He is well know for being a official spokeperson of the Bharatiya Janata Party (BJP).

Patra was a surgeon and former medical officer in Hindu Rao Hospital.

Thinking: Why he Leave the Job?

It is interesting to know how he get that job?

He did his primary and intermediate schooling from Chinmaya Vidyalaya.

In 2003, he clear UPSC Medical Services Examination and join Rao Hospital as a Medical Officer.

He worked very well in his post of Medical Officer for 7 years.

He came into politics in 2010, when he was appointed the spokeperson of BJP’s Delhi unit.

Sambit Patra is a surgeon and in his starting days of politics i.e.; In 2006, he started an NGO named Swaraj.

This NGO has improved the health and education standards of Dalits and Adivasis, particularly in the state of Odisha and Chhatisgarh.

BJP recognized his potential very soon and he selected into the Central Committee of the Party and start representing the state of Odisha.

In 2012, Patra unsuccessful in the fight of the municipal election as the BJP candidate from Delhi Kashmiri Gate, and at the same time, he resigned from his job to pursue politics full-time.

In 2014, Lok Sabha election, Patra campaigned for the BJP and gained visibility on national television, and when BJP came in power, Patra became its national spokesperson.

In 2017, committee of ONGC appointed him as a non-official director of Oil and Natural Gas Corporation Limited (ONGC).

This decision became a controversy for him and gathered lots of negative media and public attention, soon one NGO filed a PIL in the Delhi High Court against Sambit Patra for suddenly being a director of the board of ONGC.

This has be trolled Sambit on social media.

But the correct protocol was only for the President to return the salute by the commanding officer who leading the parade.

When he appointed he is a member and official spoke person of the ruling party BJP.

So, one NGO named Energy Watchdog filed the PIL in Delhi High Court by saying that selection of Patra was viewed as a violation of companies act.

The petition of that NGO alo alleged the entire selection process to be “flawed”.

Sambit was a briliant student from his school days, apart from being a powerful orator.

He did MBBS and later MS from odisha and then open a NGO named Swaraj for people of odisha.

Dr. Sambit Patra is an Oriya Brahmin by caste.