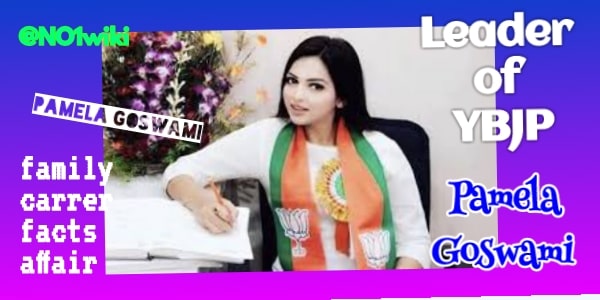 Pamela Goswami is the name that is highly famous in the Bengal election.

She is a former model, actress, interior designer, air hostess, and now works as a leader in the yuva Bhartiya Janta party (YBJP).

If you want to know what is the matter of arrest and who is Pamela then you are in the right place just stick with this article until the end.

Pamela was born in 1996 in Kolkata in a middle-class family and start her career as a model and due to her beauty, she gets a chance in Bengali films and works as an actress and model at her early age in 2013-2016.

Before working as a model for some time she works as an air hostess in Indigo airlines. She starts her career in politics in 2019 with BJP and due to her beauty and performance she gets lots of appreciation and support in the party and very soon she becomes a leader of the Yuva Bhartiya Janta party.

What is the case of Pamela Goswami?

Pamela recently touches the heights of popularity in social media because she is arrested from the New Alipore area of Kolkata because of drug smuggling.

Her friend Probir Kumar Dey is also involved in this case but she demands a CID investigation of this case.

She says that she doesn’t know about the drugs which police found in her car and handbags, now she wants justice and for that, she demands a CID investigation and this case is under review.

But before any hearing, Pamela is under police custody for the question and answer on this case and in remand till 25 Feb.

The career of Pamela Goswami

Pamela starts her career as an air hostess when she completes her study and after that when she is in her college then she participates in many modeling programs which make her famous model.

She is very beautiful and with a great figure she gets good response from her audience in modeling and after that, she gets the opportunity to work in Bengali films and she works in some films like – Mon Chai Toke, Jaggu, Miss Butterfly, Samparka.

Now, she got arrested by police with drug packets and she wants a CID investigation on this case to prove herself innocent.

Some unknown facts about Pamela Goswami

Pamela Goswami is a leader of the Yuva Bhartiya Janta party.

She also works as an interior designer, model, actress, and air hostess.

She is very famous because she got arrested with packets of drugs in the New Airpol area of Kolkata.

She demands a CID investigation in this case.