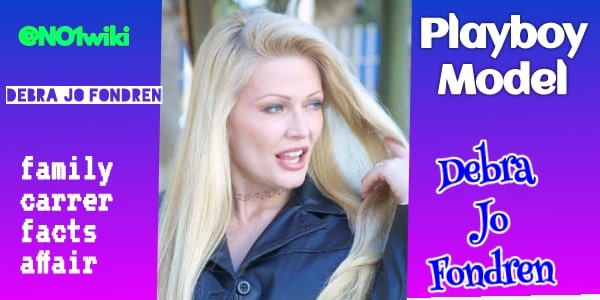 Debra Jo Fondren is an American actress famous for her performance as a model and she was Playmate of the Month in September 1977.

She starts her career as a model and she is one of the hottest models of her time, everyone has become a fan of her beauty.

If you also want to know more about this beautiful lady then stick with this article until the end.

Debra was born on 5th February 1955 in Lumberton in the United States in a very poor family, she is not much educated and works as a waitress at Gallagher’s, a Beaumont, Texas, steakhouse.

She works as a waitress but suddenly her life was changed and this is a story which you get below.

The career of Debra Jo Fondren

Debra’s career was started as a model with an interesting story.

One day she is working as a waitress and a well-known photographer visits their whose name is Robert Scott Hooper, who offers Debra the photoshoot because of her beauty.

She becomes ready and participates in lots of modeling photoshoots and everyone loves that and soon she started as a guest appearance in television series such as Mork & Mindy and Fantasy Island.

Her overall television appearances are –

Debra Jo Fondren started her career as a model and ventured into the showbiz industry.

She is one of the most beautiful models featured in Playboy magazine of the 70s.

She is best known for her appearance on the TV show Mork & Mindy.