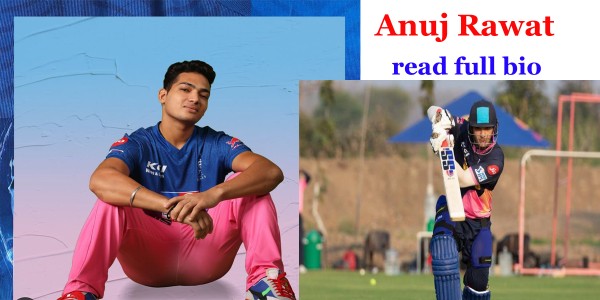 Anuj Rawat is an Indian cricketer. He made his first-class debut for Delhi in 2017 in Ranji Trophy.

He was bought by the Rajasthan Royals for Indian Premier League 2020 for Rs. 80 Lakhs.

Anuj comes in the spotlight in Under-19 match.

If want to know about the IPL 2020 team of Rajasthan Royals then you are in the best place.

If you are interested then read this article until the end to get something interesting about Anuj Rawat.

Anuj Rawat was born on 17th October 1999, he is a very young Indian Cricketer whose cricket career is just starting.

He made his first debut for Delhi in October 2017 in Ranji Trophy.

He made his List A debut on 4th October 2019 in Vijay Hazare Trophy.

He belonged to small town of Ram Nagar from Uttarakhand and his father is a farmer.

He is very passionate about his cricket career and everyone waiting that he will join the Indian International Cricket Team.

The career of Anuj Rawat.

If we talk about international cricket then he not debuted in the international match because he is very young and now he playing domestic matches when he gets the chance to play international he gives his best again.

If we talk about Domestic cricket career.

Some Unknown Facts of Anuj Rawat.

He plays with Delhi in Domestic cricket.

Some Unknown facts About Anuj Rawat.

He is a son of Farmer of one small village of Uttar Pradesh.

He is just 20 years old and plays in domestic matches.