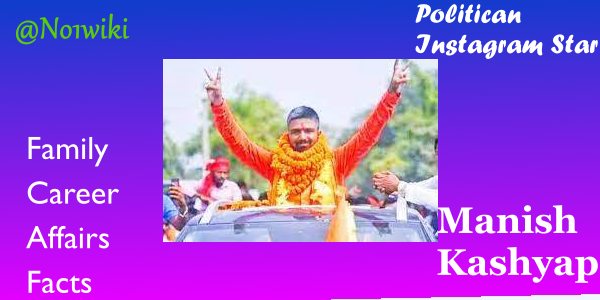 Manish Kashyap is also known as the “Son of Bihar”. He is currently very popular on social media platforms, so he is a new and amazing Internet personality.

If you want to know more about him, then you are at the right place. Today in this article, we are going to discuss him in detail. Here, you will know about his family date of birth, age, friends, education, and many more. So stick to this article until the end to get to know everything about it.

He was born in 1992 (date not known), and currently, he is 29 years old. He belongs to a middle-class family in Dumri Mahanwa, a small village in the West Champaran district of Bihar State, India.

Manish Kashyap’s father’s name is Udit Kumar Tiwari, serving in the Indian Army, and his mother is a housewife. He has a brother who works in a private company and is married. Manish Kashyap is not married yet. Currently, he resides in the village Dumri Manav.

He’s one of the popular journalists from Bihar who runs his own YouTube channel and never feel addicted to speaking about the truth. He always follows the correct information and always takes a stand for the public of India.

Recently he participated in an election and prepared a paper afterwards to court. It was written that if he doesn’t follow his promises to the public, the people of this state, Bihar, can file a case against him for lying in front of the International Media.

And his one brave step made him an awesome personality from Bihar. And after this incident, he got a tagline of “Son of Bihar.”

Some unknown facts about Manish Kashyap