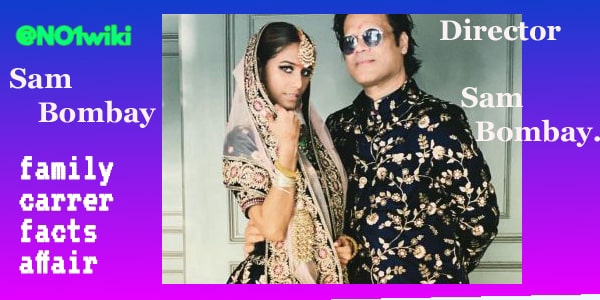 If No – Read Full Bio of Poonam Pandey.

Sam Bombay is the husband of Bollywood actress Poonam Pandey.

Sam is a film director and producer who born and brought up in Dubai, United Arab Emirates.

He has given direction in lots of Bollywood films and songs.

Some of his famous direction work in “Befikra” and “Gal Ban Gayi”.

In 2020 Sam able to attract the news cameras after announce that he got married to a well-known Bollywood actress, Poonam Pandey.

He did his schooling at Jebel Ali School in Dubai and went on to pursue his graduation from the University of Dubai.

He becomes famous because on 1st Sept 2020, Sam tied in the knot with a well known Indian actress, Poonam Pandey.

The Career of Sam Bombay.

He also runs a production house with the name, Bombay Matinee Films.

In the same year, he produces and directs a Bollywood film, King of the Ring, featuring Akshay Kumar.

He has also directed various TV commercials for a popular brands like Sparx, Shyam Steel, Oppo, and Amazon.

Sam Bombay was first marriage was to Elle Ahmed, a model by profession, and the couple has two children, a son, Troy Bombay, and a daughter, Tia Bombay.

On 22nd Sept 2020, Sam Bombay was arrested in Goa as his wife, Poonam Pandey, filed a complaint against him, claiming that he had molested, threatened, and assaulted her.

The incident happened in Canacona village in south Goa where Pandey is currently shooting for her upcoming film.

The police said that Poonam Pandey will be admitted for some mandatory medical test.

He is in jail because of her wife filed a case against him that he molested, threatened, and assaulted her.

Some Unknown Facts about Sam Bombay.

Sam Bombay was a frequent smoker.

He is a very alcoholic person.

On 16th September 2020, just 7 days before his arrest both couples leave for their honeymoon to Los Angeles.

He is a big dog lover.