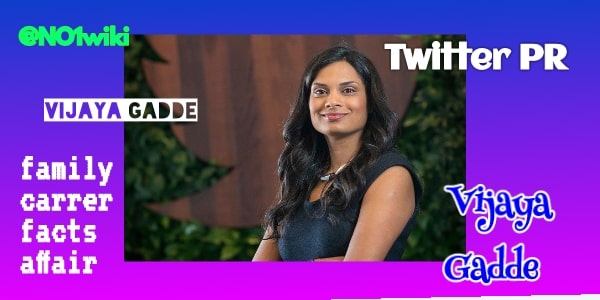 Vijaya Gadde is an American-Indian global business executive, she is famous because she is a PR executive of Twitter.

If you heard her speech on not to sell Twitter adverts in 2020 us election, and become a fan, or if you want to know how she becomes a news icon and related to USA politics then you are in the right place just stick with this article until the end.

She was born in India in a Telugu high-class family and moved to the United States of America at the age of 3.

Her family moved to Beaumont, Texas. She had completed her education in 2000 from the New York University school of law.

Vijaya Gadde is a current business executive and global lead for legal, policy, and trust and safety at Twitter.

At Twitter, she had control over 350 peoples. In the year 2014 by her destiny, she was the only woman on the Twitter executive team.

The career of Vijaya Gadde

Before joining a famous company on Twitter during the year 2011, she spends her 10 years working at the silicon valley law firm William Sonsini Goodrich.

She had also worked in the legal department of silicon valley technology firm juniper networks as a senior director.

On 5 March 2019, she appeared in one episode of the Joe Rogan experience, alongside Twitter CEO and some of their guests to come and discuss ” Twitter was engaging in censorship of free speech and have a social and political bias.

Some unknown facts about Vijaya Gadde

Vijaya is a founding partner at Angeles, which is a private equity firm.

Vijaya Gadde helps the Twitter company to file a successful IPO in stock.

When she first started using Twitter she twitters about the breakfast which she takes.

She is one of the most famous Businesswomen in this cooperate world.