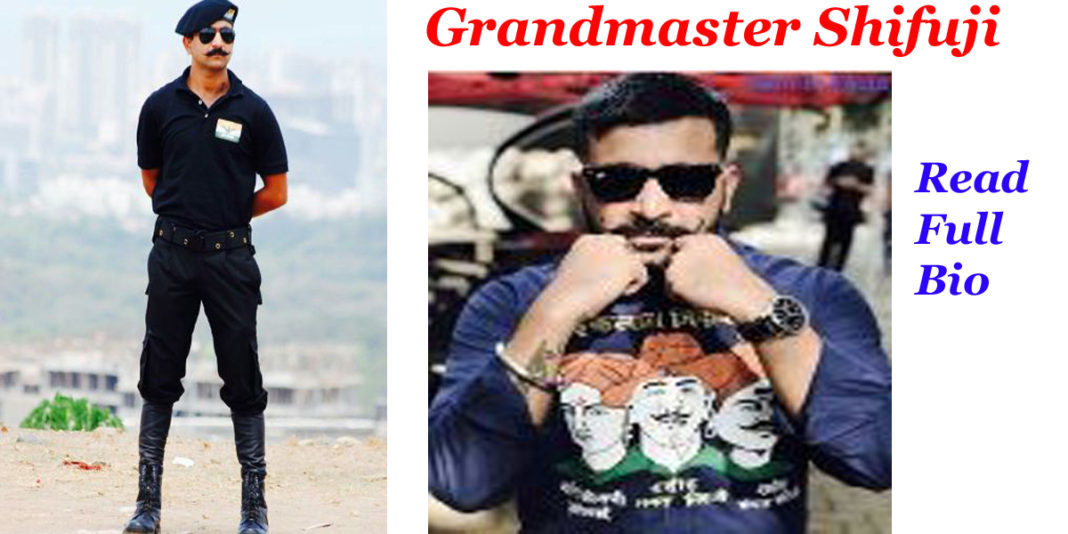 There is a person who started various movements for women empowerment.

He is also a very famous actor, action choreographer, action designer, motivational speaker, and a freelance commandos mentor, and the name is Grandmaster Shifuji.

If you interested to known about this angry patriotic man’s biography then stick to this article.

Shaurya Bhardwaj was born on 23rd March 1973 in Gurdaspur, Punjab.

He belongs to an army background family.

Shifuji studied in Kerala’s Gurukulam, Ernakulam under the guidance of Chief of Brahmin Sabha.

Later, he enrolled in DAV SCIENCE College to pursue his further education.

He also holds a PhD degree and from two and a half years old he started receiving various fighting and yoga trainings.

He also holds the title of “Guruswamy” in the old school martial art also known as “Kalaripayattu”.

The career of Grandmaster Shifuji

Grandmaster Shifuji’s main career started in 1999 with his movement.

In 1999, Shifuji founded “Mission Prahar” with a vision to educate, train, and empower women across the nation.

He invented many “anti-rape tactics”, “self-defence programs”, and “extreme survival tactics” for women.

Shifuji also invented lots of fighting techniques for the Indian army as a freelance trainer.

Grandmaster Shifuji is also very famous as a trainer of various Bollywood actors and actress.

Bhardwaj has also created a YouTube channel through which he shares his patriotic videos.

He is also invited as a motivational speaker in many educational institutions.

He also filed an RTI at various defence sector to enquire about Shifuji’s army designation.

Abhishek Shukla says that there is no such person named Grandmaster Shifuji Shaurya Bhardwaj in their department as a marine commander.

Later, Grandmaster made a few videos on his YouTube channel and say that he never claimed to be an army commander.

Shifuji also added his statement that you cannot expect the correct answer in RTI if the questions you asked are wrong.

However, Grandmaster Shifuji got a clean chit from the investigating team after a long investigation, and the result comes that he does not wear any wrong things.

After a long investigation, cyber investigation officers proved that the Facebook page which posts about this was managed by the fan club and not by Grandmaster Shifuji.

Some Unknowns Facts About Grandmaster Shifuji.

His hobbies include poetry, performing martial arts, and gymming.

He also likes to participate in long run marathons and also win lots of marathons.

Chandra Shekhar Azad was the uncle of Shifuji’s mother.

His grandfather was a part of the ‘Hindustan Socialist Republic Associate’ and the ‘Kakori Train Heist’.

He also often referred to as Master Shifuji and Master Ji.

Grandmaster Shifuji has a desire to include one-year disaster management, military training and Vedic education in the Indian education system.