NO.1 WIKI World’s NO. 1 Wiki Platform Now, nothing will be secret.
Home BOLLYWOOD Aarav Kumar – Full No.1 Info Related to Son of Akshay Kumar 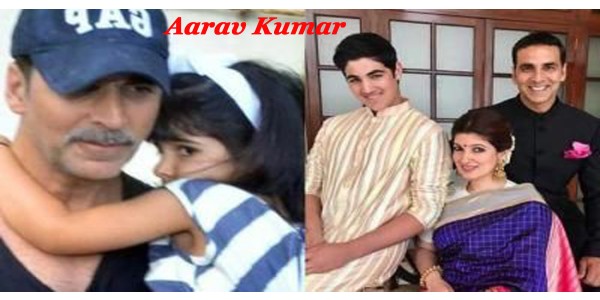 This article is related to Akshay Kumar!

In this article we going to talk about one star kid.

No! not Tamur (next time)

Here, we going to give full bio/wiki with some interesting facts related to Aarav Kumar – Son of Akshay Kumar.

Aarav has all the features to become a successful star.

If you are interested to know some news, facts, and bio of Aarav Kumar, then stick untill the end.

Arav was born on 15th September 2002, in mumbai, Maharashtra.

He is a student by profession and know he is not in plan to come in movie.

Now he is completing his study at The United World College of South East Asia (UWCSEA), Tampines, Singapore.

The main region for his famous is that he is a son of Actor Akshay Kumar and Actress Twinkle Khanna.

One night Aarav was found drunk with his friends in which Sohail Khan’s son Nirvaan and Remo D’Souza son Gabrial, and also with one girl which rumoured that she is a girlfriend of Aarav Kumar.

Twinkle Khanna posted a photo on Instagram account in which she shows that she was impressed by the baking skill of her son Aarav.

With the image of delicious chocolate cake she adds a caption on it “When I had a bun in the oven, I did not know I was going to push out a future baker. I produced him and seventeen years later he produced this Chocolate brownie cake with cherry compote #ProudMomMoment”.

Some Unkown Facts of Aarav Kumar