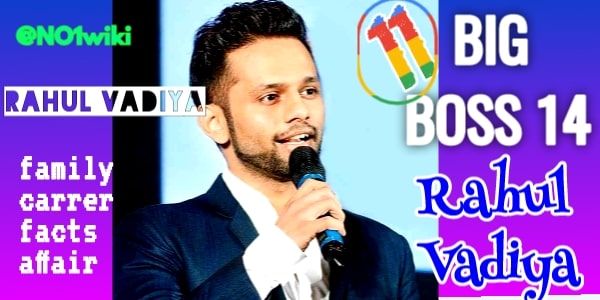 Rahul Vaidya is an Indian singer. He is known for participating in the Sony’s hit reality show Indian Idol, where he was the second runner-up.

He is famous nowadays because he appearing in Bigg Boss 14 as a contestant.

If you are interested in Bigg Boss then you are in a right place.

Read until the end and you get some unknown and interesting facts about Rahul.

He is very passionate about singing and he gets spotlight due to his performance in Indian Idol.

He is the son of an engineer and his father is working in Maharashtra State Electricity Board, Mumbai.

He studied music under Himanshu Manocha and entered in various child talent competitions.

When he was in the Second Year of College in Mithibai College, then he participated in Indian Idol.

He also participated in “aao jhoomein gaayein” in his starting days.

A very talented singer who has been a part of many shows since his childhood.

The Career of Rahul Vaidya.

He finished third on the first season of Indian Idol.

Although Rahul is hot and very near to win the Indian Idol.Rahul faced his defeat, on 18th Feb 2005.

He also sang a duet, “Hello Madam, I am your Adam”, with another Indian Idol runner-up Prajakta Shukre.

Other than that Rahul has performed in live shows and concerts in the United States, Bangladesh and Maldives.

Rahul Vaidya also seen as the anchor in the popular show “Jhoom India” on Sahara and also perform as a playback singer in several films like Shaadi No1, Jigyaasa, Hot Money, and Krazzy 4.

Rahul has performed for the famous Sankalp group, Mumbai in 2010 for Navratri replacing Falguni Pathak.

In 2013 Rahul sang “Be Intehaan” for Race 2 and In 2014 Rahul Came up with a “Summer Party anthem of the year, which become a big hit on YouTube.

He was the co-host of the dance show “Aajaa Mahi Vay” with Vinit Singh who was his good friend during the show “Jo Jeeta Wohi Superstar” which was won by Rahul Vaidya.

Rahul Vaidya is a successful contestant of the singing show “Music ka Maha Muqqabla” on Star Plus, in the Team Shankar’s Rockstar and his team won that contestant by beating Shaan’s Strikers in the Finale.

Some Unknown Facts of Rahul Vaidya.

Rahul belongs to a Hindu family.

As a child, he gave his voice for various Films and some Television commercials.

He participating in the singing reality show “Indian Idol” Season 1 (2004-2005) and become the second runner-up.

In 2010, he again won the singing reality show “Music Ka Maha Muqqabla” where he shared the stage with “Shankar Mahadevan”.