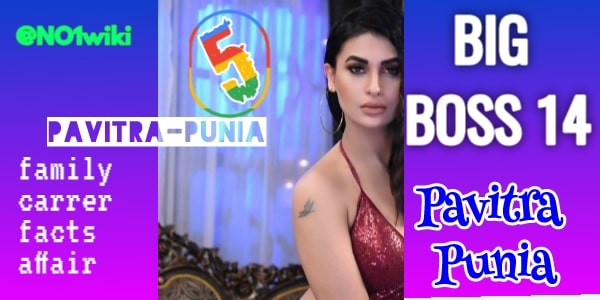 Do you know about Neha Singh?

I known you are here to read about Bigg Boss participant Pavitra Punia.

Neha Singh is known by her stage name Pavitra Punia.

Pavitra is an Indian television actress.

She is known for her performance in Love U Zindagi as “Geet Dhillon”.She participates in Splitsvilla 3.

Punia also get lots of appreciation for her role of “Paulomi Roy” in Naagin 3.

Pavitra plays lots of character in different films and shows.

But, she is best known for playing an evil queen named Timnasa in the popular show “Baalveer Returns”.

Her father was a police officer and she raised in Delhi Police Lines Quarters.

She did her schooling from Rohini New Delhi.

She wanted to be an IPS Officer and received 1.5 years coaching for it.

She also did a Diploma in Hospitality & Av. But, somehow she becomes a TV actress in Mumbai.

The career of Pavitra Punia.

Pavitra Punia started her career with MTV reality show “Splitsvilla 3”, which aired in 2009.

She was one of the finalists in the show that took place in “Puket”.

In 2010, she made her acting debut with the show “Geet – Hui Sabse Parayi” in that show she play the role of “Dallijet”.

Thereafter, she got her first lead role in the Star Plus show named “Love U Zindagi”, she also plays a very wonderful role in Life Ok serial named “Welcome – Baazi Mehmaan Nawazi Ki”.

Punia has also a part of some other shows but she most appreciated for the role of “Niddhi Chhabra” in “Ye Hai Mohabbatein”.

Then she was cast as a Poulomi Roy in the third season of the Colors TV show “Naagin”.

She also was seen in the lead role of Queen Chandravati Devi, a Daayan in &TV’s show “Daayan”.

In 2020, she is played a lead role in Baalveer Returns.

She also made a guest appearance in “Aladdin – Naam Toh Suna Hoga”.She is also a contestant in ‘big boss 14’ in 2020.

She had also worked in a Movie “Sidharta: love, lust, peace”.
Also, she worked in movies like”Honey Judaa na hum”.
In one of her film, she also seen as an air force pilot and the was”Preeto”.

Some Unknown Facts of Pavitra Punia.

At a very young age, she started her modelling career.

She always likes to do risky things in her life.

She became famous from MTV Splitsvilla 3 in the year 2011.

In that show, she was the top third contestant in finals.Very few people know that she is scared of water.

She accepts that she is a very romantic girl.