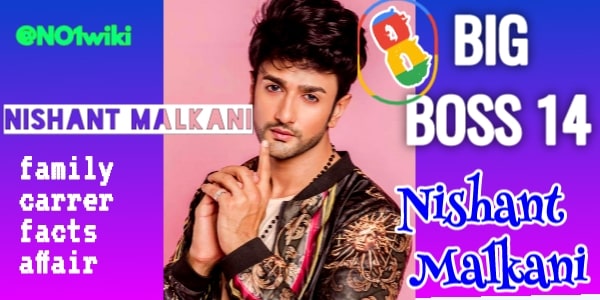 Nishant Malkani is an Indian actor who famous for his role in ‘Guddan Tumse Na Ho Payega”.

If you are interested in Bigg Boss then this article will be best for you.

He is participating in Bigg Boss 14, read until the end and get some interesting info about Nishant.

He also a well-known actor and model in the television industry.

Nishant is an active actor since 2009 and now he is preparing him for featured himself in famous TV show Bigg Boss.

The Career of Nishant Malkhani.

Nishant started his career with the first role on Television in Star one’s romantic drama ‘Miley Jab Hum Tum’ as Adhiraj Singh in 2009.

He also did praise portraying Anukalp Gandhi in Ram Milayi Jodion Zee TV in 2010 but he quit it soon on the year 2011 in search of film work.

Later he also did a horror movie and made a comeback on Television in the year 2017 with a web series Ragini MMS: RETURNS.

Also in the year 2011, he participated in a dance performance of Star one “Pyar Ki Ye Ek Kahani”.

Now again he is going to bounce back in a popular Television show Bigg BOSS 14 on Colors TV.

Nishant Malkani also did so many films like Bezuban Ishq, Horror Story.

In September 2017, We all get to know shocking news about Nishant Malkani that ‘Ragini MMS: Returns’ co-star Riya Sen harassed him sexually.

But later he denied by saying the truth that he and Riya are good and closest friends and the rumours were not true.

Some unknown facts about Nishant Malkani

Nishant was born in Dubai. Later he moved on to India.

He is really a great lover of shoe collections.

He has a collection of more than 110 Pairs of shoes.

Yes, he drink alcohol as well as he smoke.

He got an online call from modelling agency ‘Allied Model’ first time when he was in Kolkata.

No, he is married