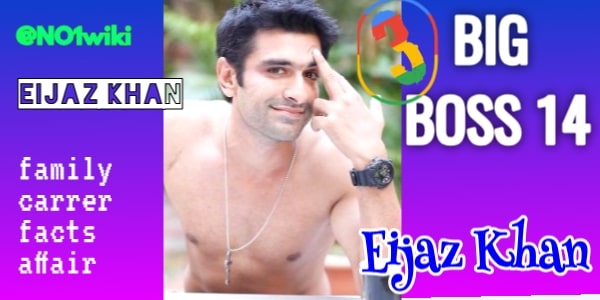 Eijaz Khan is an Indian film and television actor.

He gets lots of fame by playing the lead role in Balaji Telefilms serials like Kkavyanjali, and Kyaa Hoga Nimmo Kaa.

He also appeared as a lead role in serial Yeh Moh Moh Ke Dhaagey, in the Sonu TV.

If you are interested in Bigg Boss then all the information regarding Ejaz is very important.

Eijaz Khan is the candidate in Bigg Boss 14.

He has two siblings, a younger brother and a sister.

His parents are separated when he was three years old, he and his brother lived with their father in Mumbai while his mother and sister lived in Hyderabad.

His mother died in 1991, and it was after this that he was finally able to meet his sister who was 13-years old at this time.

Eijaz is a very popular actor, he plays lots of character in different types of films and serials.

The Career of Eijaz Khan.

He featured in more than 50+ TV serials and 15+ Hindi Bollywood films.

He starts his television career in 2003 with serial of StarPlus named “Kahi To Hoga”.

He debut through film “Thakshak” in 1999, after not getting well success in films he start to make his career in TV serials.

Eijaz khan also plays a role of Amit in film “Dhada” 2011, this is only Telugu movie done by him.

He also won all awards for his character Kavya Nanda in serial Kkavyanjali.

Some Unknown Facts of Eijaz Khan.

He is a very active and popular actor of TV and Hindi film.

He also featured in commercials such as Breeze, Chloromint, TVS Victor, BSNL, e.t.c.

he also featured in 4 albums of the song.