NO.1 WIKI World’s NO. 1 Wiki Platform Now, nothing will be secret.
Home ACTRESS Rupali Bhosale – Full Info on Age, Husband & More No. 1... 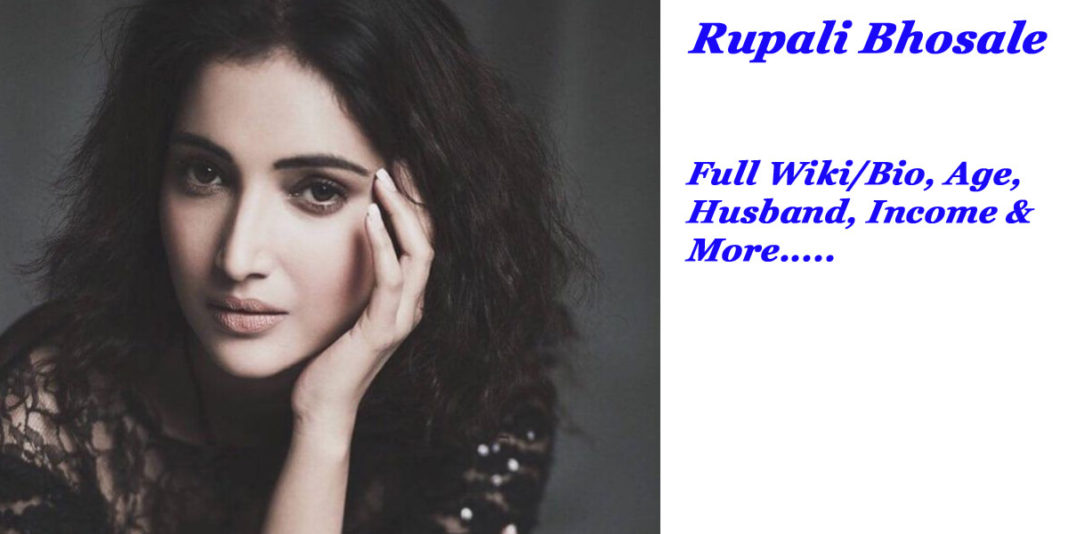 If you are from middle class family, then there is a high chance that everyone love to watch Sab T.V with family in home.

Why I am asking this?

Just Because if you are a fan of Sab T.V shows, then you might know who is Rupali Bhosale.

If you are still confused then put some stress on your mind and try to remember will you ever watch a famous Sab T.V show – “Badi Door Se Aaye Hain”. She is in the leading role of Varsha Ghotala in that serial.

Bhosle is an Indian television actress and a popular theatre artist in the Marathi Language. She featured in more than 17 Marathi serials and well known for Man Udhan Varyache, Kulvadhu, Maherchi Saadi.

She started her career with Marathi serial “Man Udhan Varyache”, this serial is aired on Star Parvah from 2009 to 2011.

Before that serial, she worked for some more Hindi and Marathi serials like Kanyadaan, Don Kinaare Doghi Apan. But she got her luck and became famous in the Marathi industry due to “Man Udhan Varche“.

She made her debut with Hindi television with the serial called “Aayushmaan Bhav”.

But she became famous for her appearance as Varsha Ghotala in famous SAB TV show Badi Door Se Aaye Hai. and she also famous for her role in “Tenali Rama” (serial of sab tv).

Her work in more than twenty (20) serials are really appreciable and she also appeared in Big Boss Marathi season2, these all make her a Marathi theatre star.

She also made her debut in Bollywood in 2007. You can say that Rupali tries to start her carrier through Bollywood named – Risk (2007) and after that she join a television show.

In India everyone is interested to know who earn and how much, then be indian and let’s check, How Rich is Rupali Bhosale?

Some Facts Regarding Rupali Bhosale