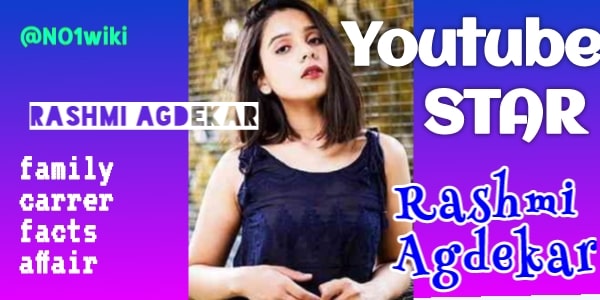 If you love to watch YouTube short films the there is a high chance that you see this girl on YouTube on different channels.

Rashmi Agdekar is an Indian actress and model who came in spot light due to her performance in different YouTube short films.

Now, she become famous on every social media platforms die to her wonderful performance as ‘Daani’ in Bollywood film “Andhadhun”.

If you are interested to know about her then you are in the right place just stick to this article until the end.

Rashmi was born on 27th July in Mumbai, in a middle-class family.

She loves acting since her childhood, her first acting performance was in the web series named “Dev DD”, in which she played the role of ‘Chandni’.

After that, she plays some roles in small short films on YouTube with the TSP channel.

At the latest, she plays a wonderful role in the Mx player web series named “I M Mature”.

In 2018 she debuts in Bollywood town with the film “Andhadhun”.

She also gets lots of appreciation for her acting in the short film “Rebecca”.

The career of Rashmi Agdekar

She started her career as a model in 2016-17, where she gets lots of appreciation and due to her Innocent look, she gets a chance to perform the main actress role in a web series named “Dev DD” which release in 2017.

Soon she gets a chance to play some roles in short films and short videos on YouTube on different channels but she gets lots of appreciation due to her role on YouTube channel TSP.

From there she gets a chance to play a role. of the main actress in the web series “I M MATURE” which was released in 2018 on MX player.

Soon she gets a chance to debut in Bollywood with the film name “Andhadhun” and she plays the role of a small teen name “Daani”.

She also featured in short films and some popular tv commercials of brands like Suzuki, Dairy Milk, and many more.

Now she is preparing for some short films and modelings.

Some unknown facts about Rashmi Agdekar.

She love traveling, reading and dancing. She travel a lot due to her work and she also love it.

She is very passionate about cats and she have a pet cat.

Rashmi Agdekar is a trained Kathak Dancer and she practice a lot on her dancing.