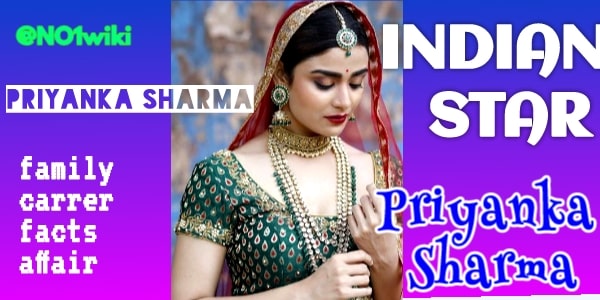 Priyanka Sharma is an Indian actress who works in Telugu films and she gets lots of popularity from her performance in south movies.

If you are also a fan of south Indian movies and want to know about this hot actress then you are in the right place.

Priyanka Sharma starts her career with short films and one of her short films wins lots of awards and become a big hit.

The short film named, Bandham Regard, give this actress the spotlight of popularity.

She is a famous Telugu actress and recently come in trend because of her film ‘Anaganaga Oka Ullo’, this film is a big hit on the big screen.

She was born on 27th May 1993, in Bulandshahar, Uttar Pradesh, in a middle-class family.

Her father Jagdish Sharma in an airforce officer and her mother is a housewife.

She is very passionate about acting and she gets a chance in south Indian short films and her performance changes the game.

The career of Priyanka Sharma

She is very passionate about acting so she started her career as an actress in small short films.

One of her short films become a hit name is, Bandham Regad’ and after that, she gets a chance to work on a big screen and her first debut big-screen film is, Anaganaga Oka Ullo’ which is directed by Sai Krishna.

After her struggle, she gets lots of popularity and become a trendy search on social media.

Now she is preparing for her new film which was released in 2020 which name is, Saavari.

Some unknown facts about Priyanka Sharma

Priyanka’s short film, titled, ‘Bandham Regad’ which won the Best award in the short film category at SIIMA, she was also nominated under the best actress category for her role.

Her father is in the air force and their family comes from heavily army background but despite that she pursue acting as a career.

When she made her big-screen debut in the 2018 Telugu flick, ‘Anaganaga Oka Ullo’ then after that she appeared in several Telugu films.

Priyanka Sharna is just 27 years old and she starts her film career just after graduation course.