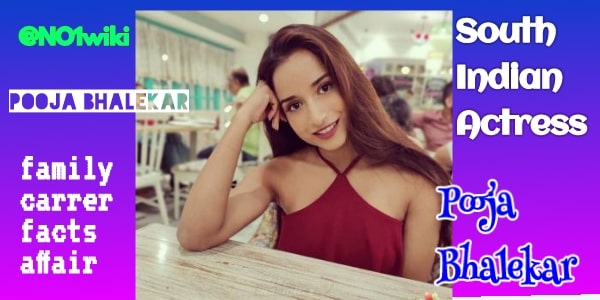 Pooja Bhalekar is an Indian actress and model. She is also a martial artist, she becomes famous due to her superhit movie ‘Entre the girl dragon’.

If you see her in any modeling photoshoot or film and want to know more about this beautiful lady then you are in the right place just stick to this article until the end.

She shows her wonderful acting and modeling talent during her college days and she also works as a South Indian actress.

She is also famous as a lady Bruce Lee because of her superhit movie ‘Entre the girl Dragon’ which was released on the 79th anniversary of Bruce Lee.

The career of Pooja Bhalekar

Pooja is very passionate about modeling and acting when she is in college.

She wants to be famous and want to work as a martial artist, so she joins the institutes of martial art.

Martial arts don’t only make her fit but also give her a chance in modeling.

As entre, the girl dragon is an action movie and she is the girl who is beautiful with knowledge of action. So, she gets the opportunity to start her career through this film after that film she is now preparing to make her appearance in some South movies and this makes her more big star.

Some unknown facts about Pooja Bhalekar.

Pooja doesn’t know how to cook.

She has experience of 4 years of martial art.

She debuts with the film ‘Entre the girl Dragon’ and this is a film with a Chinese co-producer, where she plays a titular role.