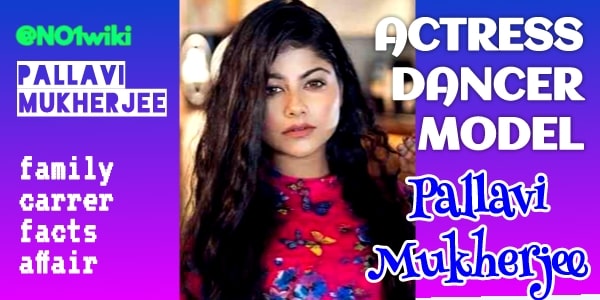 Pallavi Mukherjee is an Indian television actress, dancer, and model who works in both Bengali and Hindi television serials.

He got a spotlight from the web series “Gandi Baat 3”.

If you are interested in this web series, then just stick to this article and get something interesting about this hot actress.

Pallavi was born on Wednesday, 28th Oct 1998 in Kolkata. Her zodiac sign is Scorpio.

Her mother is Mary Gitsaree, she is a teacher in Kolkata.

She did her schooling at M.A..M.C Township Modern High School, Durgapur and after that for further studies, she shifted to Nava Nalanda, Kolkata.

She did her BA Honours in Psychology from Jogamaya Devi College, Kolkata.

After that for making a career on television, she shifted to Mumbai and make a successful career as a Television and Web Series actress.

The Career of Pallavi Mukherjee.

She started her career as a stand-up comedian in one Bengali show, which aires on Zee Bangla in 2014.

In 2013, she hosted one music show “Orange Ishq” on Orange Bangla TV.

With all her participation in comedy shows and as a host of different Bengali shows, she started her acting in serials.

She made her acting debut with the TV serial “Meera” (2015), which aired on Colours Bangla.

After that, she gets lots of opportunities for different TV shows. She appeared in the serial named “Bhootu” in 2016 as ‘Chapa’.

Some Unknown Facts About Pallavi Mukherjee.

She enjoys dancing, singing, and traveling.

She is a huge dog lover and owns two dogs.

She has acted in the ALT Balaji web series “Class of 2020” as ‘Palak Dasgupta’ which was a very appreciated role.

In 2020, she acted in the serial “Barrister Babu” as “Sampoorna Jadhav”, which airs on Colors TV.

She is television and web series actress who become famous for her role in web series ‘Gandi Baat 3’.