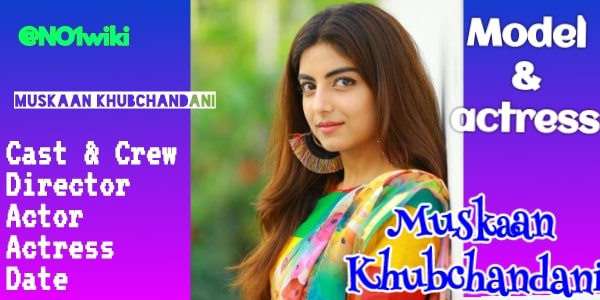 Muskaan Khubchandani is a model and actress famous for performance in Veer Di Wedding and Laxmi.

If you watch both mentioned films then you must see this beautiful lady and if you want to know about this beauty then you are in the right place just stick with this article until the end.

Muskaan is was born on 8th November 1995 in a middle-class family and she starts her career in modeling when she was at Delhi University.

She starts her career as a model when she gets some commercial ads then she gets the opportunity to work in Tamil and Telugu films and after that, she gets a chance to work for Bollywood movies.

Her performance in Bollywood movies is very appreciative and that makes her so popular.

The career of Muskaan Khubchandani

Muskaan was a very talented girl, who is very well in study and want to get a corporate job.

But as she became a college student her interest in modeling rises and she starts participating in some programs.

Soon after passing college, she gets the opportunity to work in some commercials because she is very active in modeling.

When she becomes popular in commercials and modeling acts, she gets the opportunity to work for Tamil and Telugu films.

When her acting gets appreciable by her audience then she gets a chance to debut in Bollywood with Karena Kapoor in the film Veer Di Wedding and now she works with Akshay Kumar in the film Laxmi.

She gets very popular with her acting and now she is very busy making her career.

Some unknown facts about Muskaan Khubchandani

She is a trained dancer and able to perform many types of dance forms.

She starts giving an audition when she was in college.

Muskaan becomes famous due to her debut film Veer Di Wedding and Laxmi of Akshay Kumar.