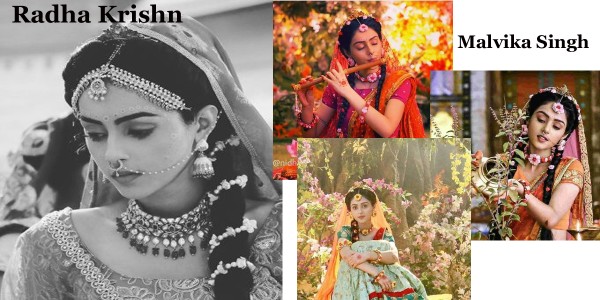 Do you watch Krishna serial on Star Plus?

If your answer is – Yes! I think you not forget the Radha charecter of that serial.

Malika Singh is the Indian television actress, who play the role of “Radha”.

Malika Singh is famous for her portrayal role of “Radha” in Star Bharat’s & Star Plus Hindu Mythological serial named “RadhaKrishn” (2018).

If you are interested to know about some interesting facts, career, her personal life then stick to this article untill the end.

She made her debut in TV serial with one mythological drama serial “RadhaKrishn” (2018).

Although she is from Jammu, she came to Mumbai, Maharashtra to visit her maternal aunt and got selected for the role of Radha. This is one of the turning points in her life.

Her first TV work is great and she get lots of popularity with that.

Now, she is in Mumbai and preparation for working in next TV serial or ready to try for films.

In one interview she says that she is never interested in acting, and it was only after her mother’s insistence that she gave the auditions for the role of “Radha”.

Malika was in 10th standard when she gave the auditions.

After a long gap of two and half years, the producer of Star Bharat’s “RadhaKrishn” informed that she was selected.

According to producers and directors, She got this role because of her innocent persona.

Some Unknown Facts About Malika Singh

Malika loves dancing and very well dancer since her childhood.

She made her first TV debut in 2018 with a Show which runs on Star Bharat and later on Star Plus, the serial name is “Radha Krishn”.

She basically belongs to Jammu, but she visits her aunt in Mumbai and participate in this audition and got selected for this role.

She visit to her aunty to took a admission in a school of Mumbai in the 9th standard.

She had given the audition for Radha Krishn when she was in her 10th standard and got selected for the role and they call her on the shooting of this serial after a long wait of 2.5 years.

In one interview she says that – “I was never interested in acting. It was only after my mother’s insistence that I gave the auditions for the role of Radha”.

Later, Malika shifted to Mumabi permanently and now she is living in Mumbai with her grandparents and parents.

Before being featured in Radha Krishn, she had done some TV ads.