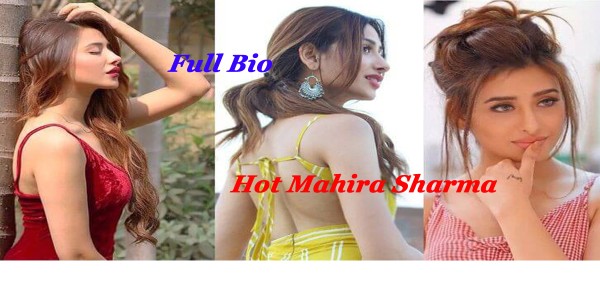 Mahira Sharma – Full Wiki/Bio & Something you don’t know – No.1 Wiki

I dont know you are a fan of Big Boss or not but one question I must ask i.e.; Are you watch Big Boss season 13?

If you don’t remember, – there is one girl in Big Boss 13, who says to Salman Khan that I don’t come here for fame because “Fame To Mill Jata Hai”.

If you want to know about Mahira Wiki, Age, Boyfriend, Husband, Family, Some Facts & latest news regarding Mahira Sharma, then you are in the right place.

Just Stick to this article till end and you know why she is famous for.

Mahira Sharma was born on 25th November 1997 in Jammu Kashmir.

She is an Indian Tik Tok star, model, and actress, who came in the spotlight from a T.V serial “Y.A.R.O Ka Tashan” in which she playing the role of ‘Shilpi’.

She became famous for her appearance in Big Boss season 13.

Before Big Boss, she got little fame or became famous for her viral Tik Tok videos on social media.

[you get more information about her career and success in career section of this article i.e. below]

But the region for her today’s fame is just because of Big Boss appearance and her role in that show.

Just like other actress and model Mahira Sharma is also known for her fit and slim body, which make her hot and bold. Lots of young girls consider her as a fitness role model.

Mahira Sharma stared her career as a ‘Shilp’ in Y.A.R.O Ka Tassan, in 2016. But she leaves the show in 2017, giving the region that she doesn’t like the role she plays.

After that T.V serial, she plays lots of different roles in Television series such as ‘Manisha’ in Kundli Bhagya, ‘Jamini’ in Nagin 3.

She also featured in one of the most famous comedies T.V serial Taarak Mehta Ka Oolta Chashmah and also in Partners Trouble Ho Gayi Double.

Her appearance in Bigg Boss 13 is one of the region that she get her fame and became a star.

In Bigg Boss house there is lots of story which shows the controversies of Mahira Sharma.

But, here we don’t talk about Bigg Boss house, because in Bigg Boss everyone is involved in a single pin drop issue and this is also a debatable point.

No, the real name of Mahira Sharma is Mansi Sharma.

Yes, Mahira Sharma is a well-known Punjabi actress and model but their family is from Jammu and Kashmir and according to caste they are Brahmin.

She appeared in one of the most famous comedy T.V serial for some episodes only, who claims to be Jethalal’s wife.

She is play the role of Kashmiri woman who claim a case in court againts Jethalal to proved that she is her first wife.

Mahira first worked on serials of Sab T.V like – “Y.A.R.O Ka Tashan” and then “Tarak Mehta Ka Oolta Chasma” and then “Partners Problems Ho Gayi Double” and after that, she also works for Zee T.V serials like – “Naagin 3” and “Kundali Bhagya”.

According to mother of Mahira Sharma, her daughter is not dating Paras Chhabra, In one interview she says that she has no objection if both get married in the future.

If you ask this question after watching Bigg Boss, then must remember Paras Chhabra not only share a bound with Mahira, he also shares his bound with Shehnaz Gill too.

When Paras had to leave medical treatment, Shehnaz broke into tears, hugged him and said him ‘I Love You’

So, till this time no one have any clue about Shehnaz, Mahira and Paras and about there love triangle.

This information is not available, she is an actress and model and we hope that she is busy with her work regarding modelling and acting.