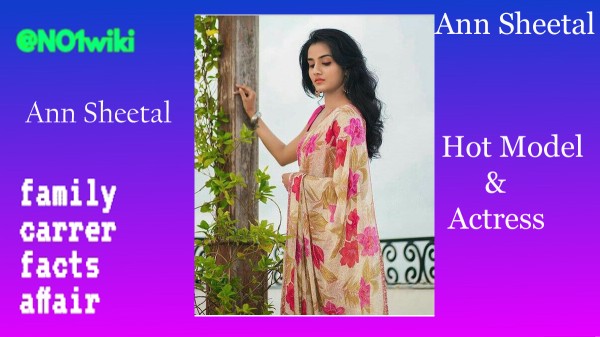 Ann Sheetal is an Indian model and film actress, who works in the Malayalam and Tamil film industry.

She also featured in Tamil movies and English and Malayalam music videos.

If you are interested to know about this south Indian beauty then just stick to this article until the end.

She is an Indian actress as well as a model and famous for her best role in Tamil and Malayalam films.

She completed her graduation in English from St. Teresa’s College, Ernakulam.

After completing her graduation she completes her acting course at Bary John Institute, Mumbai.

She also has shown her skills in photography and painting.

She made her debut in 2017 with Ezra Malayalam movie and she becomes famous and got the spotlight for Kalidas and Ishq.

The Career of Ann Sheetal.

She started her career with the Malayalam film Ezra side by side with Prithviraj Sukumaran. She appreciated her work.

Her debut in Tamil was the racy thriller movie Kalidas in 2018, which is one of the most hit movies in his list.

Apart from these movies, she is also seen in a Malayalam music video Tehqeek which is also one of the big hits.

As per new, she will also see in a Tamil movie with Kathir, and the film will be the remake of the Malayalam movie Ishq.

Ann Sheetal will pair up with Antony Varghese in her upcoming movie Caravan.

Some Unknown Facts About Ann Sheetal.

Her hobbies are Dancing, swimming, and watching movies.

She prefers non-veg food. She loves Chinese cuisine as well.

She loves to watch cricket.

She prefers a saree as her favorite outfit.

What is the age of Ann Sheetal?

What is the birthplace of Ann Sheetal?

She was born in a Christian family in Kottayam, Kochi, India.

In 2017, she featured in language Malayalam, in the film “Ezra”.

In 2019, she featured in language Malayalam, in the film “Ishq”.