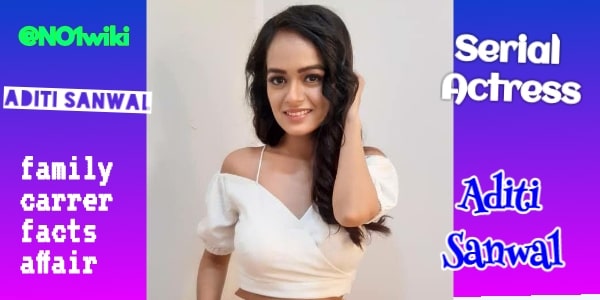 Aditi Sanwal is an Indian actress famous for her performance in the film Satyamev Jayate which was released in 2018.

Apart from this she also appears in some commercials and some tv serials and this change a new actress in one of the trendy actresses.

Aditi was born on 19th November 1999 in Jhansi in Uttar Pradesh, in a middle-class family and now she is working as a model and actress.

She is a very bright student in school and college she is also pursuing an MBBS degree from MS Ramaiah Medical College, Bangalore.

She gets the spotlight when she performs in the bollywood film Satyamev Jayate, but before this, she also appears in tv series like – Chandragupt and Kasuti Zindagi Ki.

The career of Aditi Sanwal

Aditi starts her career as a model when she is doing her MBBS after her BSc in Jhansi she visits Bangalore to study MBBS and she also works in some theaters.

When she gets good appreciation then she participates in some programs which are related to modeling.

Due to her perfect figure and beauty, she gets a good response from her audience and she starts appearing in some commercials.

Apart from modeling, she is also known for her performance as Durdhara in Chandragupt.

Some unknown facts about Aditi Sanwal

Aditi Sanwal starts her career as a model and appear in lots of commercials and work for TV serial she also appears in the bollywood film Satyamev Jayate.

She is a very big Traveller and wants to travel around the whole world.

She is very famous because of her acting and beautiful figure.