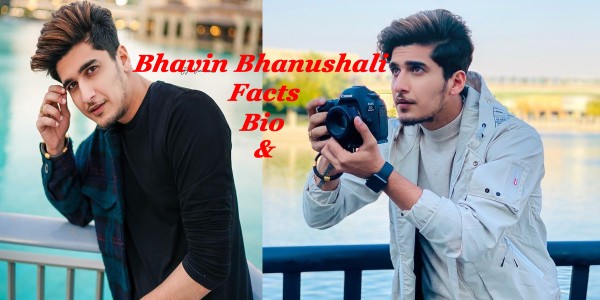 Bhavin Bhanushali – New Bollywood Actor – Get No.1 Bio on No.1 Wiki.

Now, you think this is a Bollywood film of Ajay Devgan, then why I ask this in article of Bhavin Bhanushali.

Bhavin play a role of a son of Ajay Devgan in film “De De Pyar De”.

In short, Bhavin Bhanushali is an Indian actor and model.

Mainly famous for his appearance in Splitsvilla season 12 in 2019.

If you are interested in information regarding this actor and model with some facts then read more about him from this given article.

Bhavin Bhanushali was born on 10th June 1999 in Mumbai. He belongs to a Hindu Gujarati family and still single and unmarried.

Bhavin always wants to get fame and want to make his career in film industry.

He gained so much popularity through social media platform specialy as a Tik Tok star.

When his tik tok start viral he start making his career in modeling and acting.

He has been a part of some hit Bollywood films like – “De De Pyar De”, “Quickie” and “Babbar Ka Tabbar”.

Bbhavin Bhanushali start his bollywood career in 2016 with a web series “Aisha: A Virtual Girlfriend”.

This work is not successful with this film and after that he start making videos on Tik Tok.

Through Tik Tok he able to get some fame and after some time he also get a chance to work in Ajay Devgan’s film.

Bhavin was most famous for his role in “De De Pyar De”, in which he played the character of Ishaan Mehra, son of Ajay Devgan in that film.

After his success he also feature in one more film name “Quickie”.

In addition to film industry, he also able to recevied great popularity in social media and modeling industry.

He also feature in some television show and hit music vieos.

After all this his most famous TV career was “MTV Spiltsvilla”. He was seen as a contestant in 12th season of Splitsvilla.